This amazing version of the Submersible and it’s stunning Green will no doubt be compared to others but it stands out on its own. Powered by the top level modified Sellita SW330-2 GMT this enhanced variation of our diver is sure to be a hit amongst all aficionados.

The green version of the Submersible was always going to pose its own challenges, not least the monicker that would be given to it in the now traditional footsteps of Rolex’s fan base affectionately naming their Submariner ‘Hulk’ and ‘Kermit.’ For us, it wasn’t quite befitting to name ours in the same vein. That’s not to be disparaging of these iconic labels, because they’re firmly embedded in horological culture—but we wanted to be a little more meaningful, more apt.

It was this food for thought, and after a discussion on the types of diving watches that all but saturate the market; from deep-sea to scuba-diving, it seemed they’d all been covered, all owning their own identities. But what about inland diving? This seemed to be overlooked. Several of our team had experiences in this and it was this, combined with the versatile nature of the submersible, that we came up with the ‘Chameleon.’ The watch is versatile, it adapts to its environment, just like the name it now adopts.

Is this a Limited Edition?

Yes. Every piece made by us is individually hand machined and finished with finite resources. We also pride ourselves on focusing on quality not quantity. It is likely that this particular model will strictly limited to 500 - 1000 units.

What movement will power this?

We are currently using the Sellita SW 330-1 but as Sellita upgrade and replace this to the SW 330-2 we will do the same. We’ve also modified the date function to display at 6’ o’clock. Further to this we will be deconstructing the movement and rebuilding with modifications. 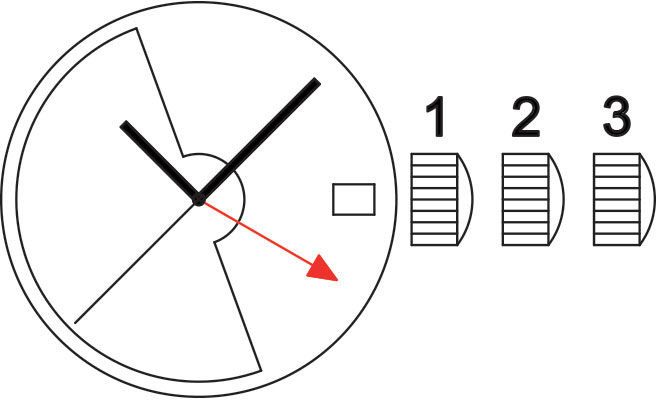 What is the lead time?

Currently  we are enduring unprecedented times with COVID-19. This, cobined with the fact each of our timepieces are hand machined and finished to an extremely high standard means our lead times aren’t as quick as the Asian markets. At the time of publishing the lead time of the Submersible production end to shipping is Q1 2021, sometime between late February to March, it will be after that when we start production of this model.

After the production commences we release our timepieces in order of reservation. In short, the earlier you reserve and pay, the higher up the shipping schedule you get. We will aim to minimise our lead times but never by sacrifice or cutting corners. In short, if you want a quick fix for a run-of-the-mill watch we aren’t what you’re looking for. If you want exclusive access to a high-end timepieces and are prepared to wait then get reserving.

What are the Payment Plans?

Currently we offer a flexible 0% interest payment plan if needed. This means you can pay the initial deposit to securely reserve your timepiece and pay the remainder nearer the product completion.

We allow this to help bring our high end timepieces even more attainable. We don’t need to use licences credit brokers with hidden fees. Providing you’ve paid your reservation fee we will work with all clients on a strictly personal basis based on needs.

Please note that reservation fees automatically start the bespoke production process and are therefore non refundable. If you are in any doubt about meeting payment in full by production end please do not order.

Quick View
Out of stock